From Roman province to New-York galleries

Born in Rome in 1979, Veronica Botticelli left the family nest at the age of 18 to enter the Academy of Fine Arts in Rome. She revealed herself in her first group exhibition in 2004, and two years later won first prize in the national visual arts competition organised by ANMII and INAIL, at the Palazzo della Cancelleria in Rome. That same year, she held a solo exhibition at the library of Villa Mercede, in collaboration with the Fondazione Pastifico Cerere. His work was then recognized across borders, exhibited in New York, Germany, London, Switzerland, and most recently in Paris.

Veronica Botticelli asserted herself as a truly talented visual artist, setting out to conquer a country where she is still little known: France. She lives and works in Paris, on very different supports, from canvas to a screen saved from a pavement. As a young mother, she quotes her daughter without hesitation as her sole source of inspiration. No wonder when you get to know Veronica, with her sincere and authentic personality, she offers a ray of Roman sunshine to anyone who crosses her path.

The Parisian public discovers Veronica Botticelli in 2019 at the Art Paris show at the Grand Palais. A work as elegant as it is enigmatic, mixing the altered memory of a bygone era with a decorative art, albeit a very personal one. She has since then aroused the interest of many collectors and galleries, the latter opening their doors to her for several solo and group exhibitions. While his challenge to conquer the French public seems to have been successful, how can one decipher the works of Veronica Botticelli?

First of all, Veronica works mainly on large-format canvases, which are complemented by smaller works on paper. His deliberately silent, often untitled canvases reveal a part of his soul residing in colour. She integrates collages, voluntarily flattening the volume, of objects referring to the 50s and 60s in a resolutely modern context. 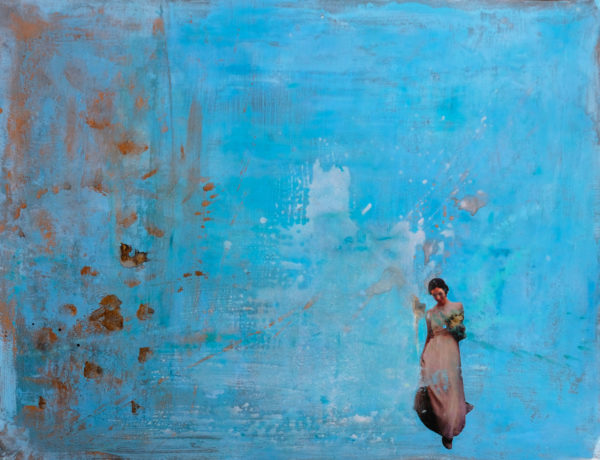 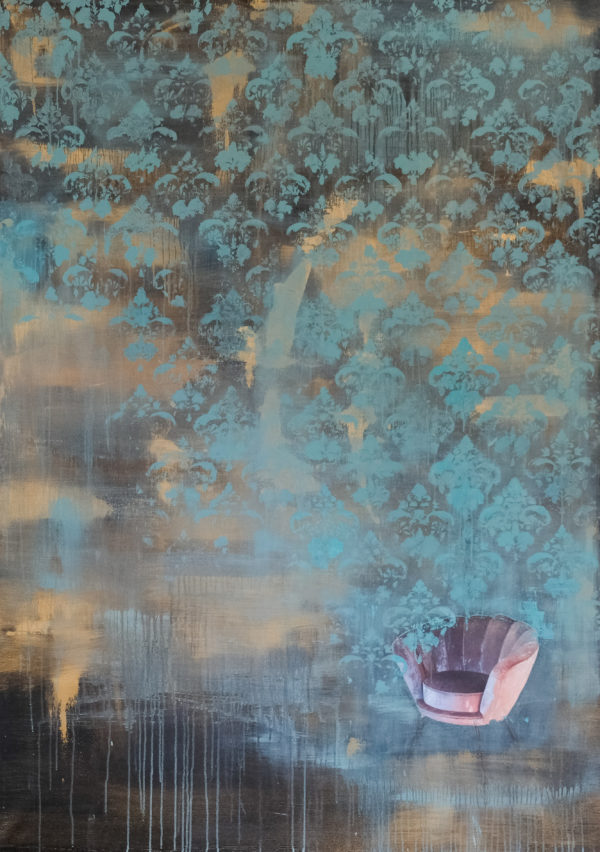 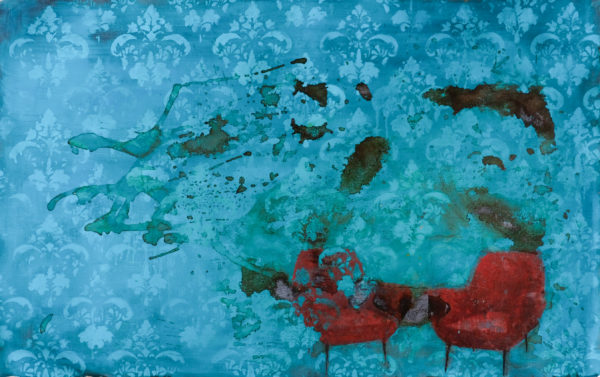 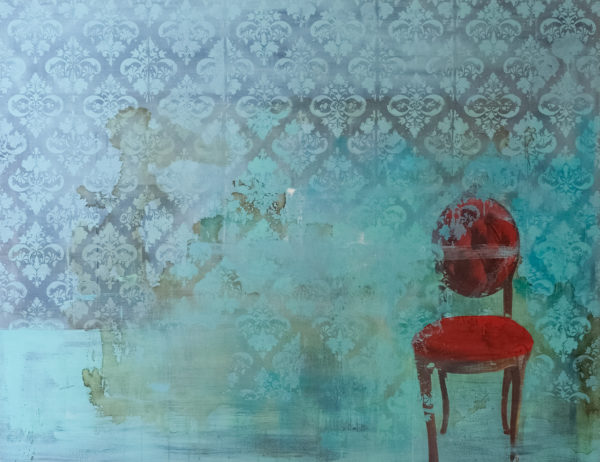 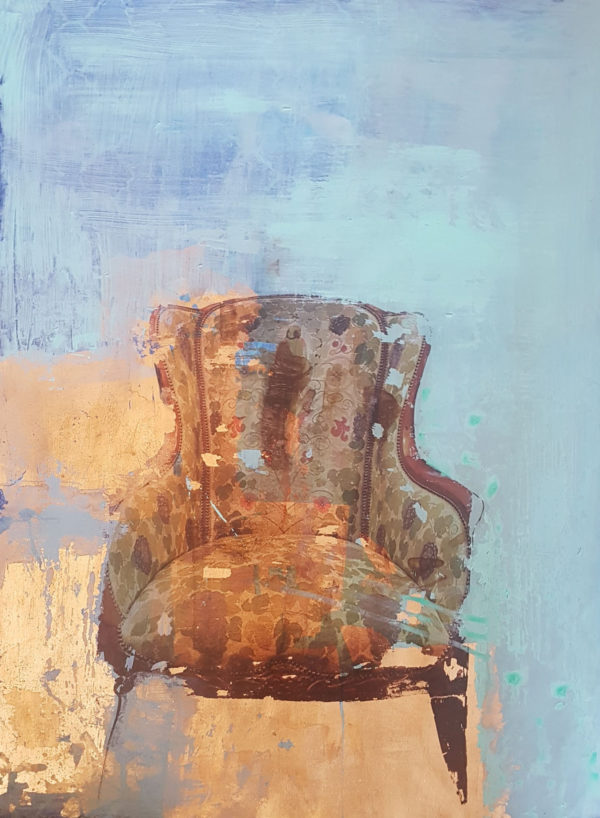 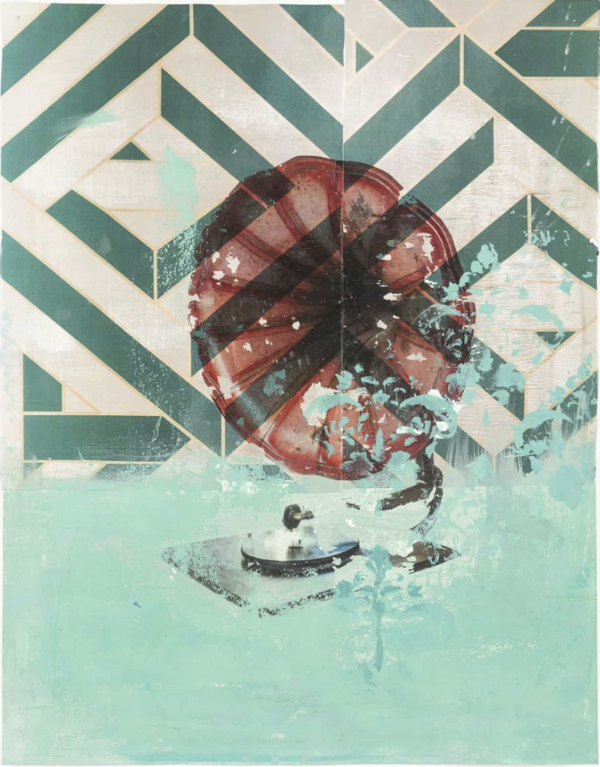